DOT drug and alcohol testing must be carried out by certain employers while those outside of DOT regulations will have more options in testing programs.

Employers have a responsibility to provide a safe environment for their workers. In compliance with the Occupational Safety and Health Association (OSHA) Act, employers are required to provide a workplace free from serious recognized hazards and comply with standards, rules, and regulations issued under OSHA regulations.

One of the most widely recognized safety concerns for employers is employee drug and alcohol abuse. Work-related injuries, including those from drug and alcohol abuse, affect businesses on many levels and can lead to possible OSHA inspections/violations, higher worker’s compensation insurance premiums, decreases in employee morale, and the life changing effect such injuries have on that employee and their family.

The important question for corporate decision makers at this point becomes; what is the best Drug Free Program to follow, DOT (Department of Transportation) or Non-DOT. There are several notable differences between the two programs, and employers should investigate the best solution to their businesses needs before attempting to implement any program, checking with the state and federal guidelines applying to their state in order to remain compliant. Regardless of final decision on which drug testing program the company must follow, a good drug and alcohol policy should be written and well-explained to employees.

The Department of Transportation (DOT) takes jurisdiction for the interstate trucking industry when vehicles transporting hazardous materials are traveling public roads, whether interstate or intrastate.

If there is any doubt concerning compliance, an employer or employee can take a quick test on line offered by the U.S. Department of Transportation to see if they are covered under the DOT Drug and Alcohol program at “Am I Covered.”

The DOT Drug and Alcohol Test screening process is relatively simple, covering most common illegal drugs. Since accredited testing laboratories are abundant throughout the country, it makes following the DOT drug testing standard convenient even if a company isn’t in the transportation business. (Learn more in "8 Things Employers Should Know About DOT Drug and Alcohol Testing".)

State laws can change at any point, so it is prudent for an employer to affirm the DOT testing standards are allowed in their individual states before implementing a program. Many states also require drug testing in other safety-sensitive jobs such as in the medical and health fields, security positions, operating heaving machinery or other physically demanding duties.

All DOT drug testing must be done at laboratories certified by the Department of Health and Human Services. The HHS publishes monthly a listing of certified laboratories.

Under DOT regulations, all drug tested specimens must be urine. Drug tests will check for 5 drugs using a 5 Panel test. The drugs screened for are opiates, PCP, amphetamines, marijuana, and cocaine. (Learn more in "Drug Test Types: 5, 7, and 12 Panel Urine Screening Differences and Reasons to Use ".)

When to Test Under DOT Regulations

Under DOT rules, testing must be completed at specific stages of employment and after certain events. DOT regulations stipulate that, testing must be done pre-employment, at random during employment, whenever there is reasonable suspicion or reasonable cause, after an accident, before an employee returns to duty, and as a follow up after the employee returns to duty following an accident.

Key Provisions of Non-DOT Standards limit who is covered under the rules and regulations set by the Department of Transportation (DOT). Employees just driving a company vehicle, not transporting cargo or passengers, are not necessarily subject to the same DOT regulations regarding drug testing Drug free workplace programs are voluntary but do fall under specific guidelines if implemented.

Outside of DOT regulations, companies may use drug tests that can detect a wider variety of drugs. (Learn more in "Oral Fluid, Urine, and Hair Testing: What's the Difference?") These tests involve different types of samples, such as saliva, hair samples, sweat patches, or breathalyzers. (Learn more in "Hair Follicle Drug Testing 101".) One such non-DOT test is the 10 panel test, which provides a more precise analysis of drug levels, even when trace amounts are much lower. This trace levels being tested for have a wider range as well, searching for amphetamines, methamphetamines, cannabinoids, cocaine, opiates (Learn more in "An Introduction to Opiates and Drug Testing".), methadone, PCP, barbiturates, benzodiazepines, and propoxyphene.

DOT testing facilities may not be certified to perform Non-DOT testing. Laboratories that conduct Non-DOT regulated testing require certification from either of the two accredited agencies, CAP (College of American Pathologists) and CLIA (Clinical Laboratory Improvement Act). If a company uses a DOT Certified Lab for their Non-DOT testing, may result in legal complications if the results of those tests were to be challenged in court. Be aware of a lab’s certification before commissioning them to perform drug and alcohol testing of your employees. (Learn more in "POCT vs. Lab Testing: What is the Difference?")

Questions to consider when determining Non-DOT Drug-Free Testing Program would be whether employees work in a safety and/or security-sensitive jobs, is the business federally funded, does the business fall under the transportation sector, is there an existing drug/alcohol problem in the company, and does the workforce need prevention education?

Companies have much more freedom to design their own drug programs when they do not fall under DOT regulations. Drug testing times that can be implemented include: pre-employment, for cause or reasonable suspicion, random, set routine schedule, return to work after a serious medical treatment or rehab, and post-accident.

The 2013 National Survey on Drug Use and Health found that 68.9% of the estimated 22.4 million illicit drug users, ages 18 or older, are employed full or part time.

Taking these statistics into account, most employers that are not under DOT jurisdiction would be wise to establish their own Drug Free Workplace Programs under the advisement of an employment lawyer. This is the best way for an employer to avoid implementation mistakes and to ensure a federal and state-compliant program.

Drug-free workplace programs can help employers create cost-effective, safe, and healthy workplaces. It is another way to communicate to your employees that you care about their safety and health. (Learn more in "The Importance of a Good Drug and Alcohol Policy in the Workplace ".) 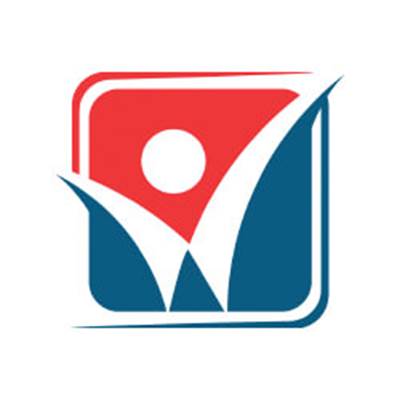 Everything You Need To Know About The FMCSA Clearinghouse Final Rule

What are the Regulations Covering Maintenance of Way (MOW) Employees?