It is vital an employer know which laws take precedence in medical marijuana use and how they affect workplace policies.

In recent years, the legal use of medical marijuana has become a topic no employer can afford to ignore. Federal law does not recognize marijuana use for medical (or any other purpose) as legal but several states have created their own laws regarding the substance and its medicinal uses. It is imperative to realize that the legality of the use of medical marijuana is only valid on the state level but not on the federal level. Since the Federal Drug Administration (FDA) has not approved or legalized the use of medical marijuana employers have an added responsibility to stay up to date with the most current laws of their state and how it affects their compliance and possible litigation concerns.

There are two chemical derivatives of marijuana. The first is THC (delta-9-tetrahydrocannabinol), which has shown promise in decreasing pain, inflammation (swelling and redness), and muscle control problems. The second is CBD, which is referred to as a cannabinoid, which is thought to be able to reduce pain and inflammation, help to control epileptic seizures, and possibly even treat certain mental illnesses and addictions. Because of federal restrictions on medical marijuana use, research is not as robust as certain groups would like and concrete data on things such as therapeutic range is lacking.

Federal Stance on Medical Marijuana Use

The Federal Drug Administration (FDA) has not approved the use of marijuana for medical purposes yet. Their official response declares there is much more research needed to be done to safeguard its users against any possible side effects. “The FDA is aware that marijuana or marijuana-derived products are being used for a number of medical conditions including, for example, AIDS wasting, epilepsy, neuropathic pain, treatment of spasticity associated with multiple sclerosis, and cancer and chemotherapy-induced nausea. To date, the FDA has not approved a marketing application for a drug product containing or derived from botanical marijuana and has not found any such product to be safe and effective for any indication.”

State Laws on Medical Marijuana Use

The Drug Free Workplace Act (DFWA) is a Federal law and that covers the use of medical marijuana and affects all federal jobs, DOT safety sensitive positions (Learn more in "8 Things Employers Should Know about DOT Drug and Alcohol Testing".), companies with federal contracts, and companies with federal grants. These federal employers and contractors must establish and enforce by means of discipline and termination if they are subject to the DFWA, even in states where medical marijuana is legal on a state level.

An employee may believe they are within their rights to use medical marijuana because it is legal in their state they live in but are unaware of the overriding authority the employer’s federally driven Drug Free Workplace program. Having an established written drug free workplace policy is quite essential in avoiding any misunderstandings leading to discipline and termination. Every employer’s written policy should be clearly defined leaving no room for misinterpretation.

An employer generally has the right to drug test its employees under certain conditions: Pre-employment, post-accident/incident, random intervals, and reasonable suspicion. Even in states where medical and recreational use of marijuana is legal, an employer can still mandate a drug free workplace as long as they have an established written policy (Learn more in "The Importance of a Good Drug and Alcohol Policy in the Workplace") and have conducted training and education for its employees. All employees should sign a form stating acceptance and understanding of the employer’s drug free workplace policy at time of hiring.

This is similar to the reasoning behind why alcohol use may be legal but prohibited at work for safety reasons. It’s legal to buy and use it but not legal to be under the influence of it while driving a car or while working.

Medical Marijuana and the ADA

There is another Federal Law, Americans With Disabilities Act (ADA), which protects employees with a disability from being terminated because they cannot perform all the necessary duties of their job. Employers must provide reasonable accommodation for the disabled worker in the function of their work duties. If an employee states he/she needs marijuana to treat a disability, since marijuana is illegal on the federal level, accommodation is not mandated by the ADA.

An employee cannot use medical marijuana on the job or be under the influence of the drug while working and fall under the protection of the American With Disabilities Act. However, there may be state disability laws an employer must comply with (Learn more in "Medical Marijuana Use and Concerns in the Workplace".).

The best practice for any employer is to verify what your state’s current medical marijuana laws are. Review your current drug policy and revise it to fit with the current laws (Learn more in "State Drug Testing Laws: What Should Employers Know?") and whether or not your company falls under federal jurisdictions. An employee can lose their job due to misunderstanding in the current confusing legal status of medical marijuana laws and employers can see an increase in injuries and accidents. It is an employer’s responsibility to keep their employees informed and notified of any changes in their drug policy. 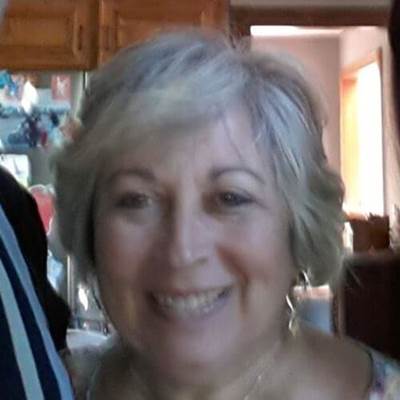 Denis Angus worked over 20 years in manufacturing in various roles and responsibilities in Human Resources. She acquired her SPHR in 2004 and was sure she melted her brain trying to pass it on the first try. Although as a Generalist she was well-versed in all aspects of HR, her real passion was in Occupational Health and Wellness. She was among the first to start a wellness program in the '90s (well before it became popular) for a steel processing company. The wellness program encompassed, yearly on-site health risk appraisals, an on-site nurse, regular glucose and blood pressure monitoring, on-site vision testing, job rotation, aggressive light duty program and EAP assistance. The operation worked 24/7 and never locked its doors making it impossible for employees to maintain their health with regular doctor appointments. The program was very popular with the employees and considerable cost savings for it self-insured medical plan.

5 Cannabis Myths Debunked: What You Need To Know