The 8 Most Dangerous Safety Sensitive Positions

Not sure exactly what a safety sensitive position is and which roles qualify? We'll take you through the 8 most perilous and explain exactly why they have the potential to be so dangerous.

The number of rules, regulations and guidance for traditional workplace tasks can be mind-boggling.

When it comes to positions described as “safety sensitive,” there is surprisingly little guidance that is role-specific. However, these are often jobs that hold an enormous amount of responsibility or influence over the lives of others.

What is meant by 'safety sensitive position'?

A safety sensitive position is a job or task where the employee has the responsibility for his or her own safety as well as the safety of others.

This could be something obvious, such as a surgeon whose work directly influences a patient’s life. In this role, operating under the influence could lead to deadly consequences.

A safety sensitive position could also be something less obvious, such as a forklift operator. A negligent machine driver can endanger the lives of all around him or her while a safe driver can go relatively unnoticed.

The influence over the lives of others is what truly marks a safety sensitive position.

So, what are some of the most safety sensitive positions? Below, we’ve listed 8 of the most safety sensitive positions based on the potential impacts of impairment of one person on the job, whether that’s in terms of operations or decision making. (Learn more in Introduction To Safety Sensitive Positions In The Workplace and Prescription Opioids And Safety Sensitive Work). Along with each of these roles, we’ve included examples of just how serious the consequences of one person’s actions can be.

Of workers in safety sensitive positions, bus drivers are not usually the first ones to come to mind, but often they have a great responsibility on their shoulders. An example of this is a crash that took place in 1976 in California. A bus carrying 53 passengers broke through a guardrail on an offramp and fell 30 feet to the ground below, killing 29 passengers. Inexperience of the driver was cited as a contributing cost. The sheer amount of lives a bus driver is responsible for during his or her route makes this a definite safety sensitive positions.

When most people think of safety sensitive positions, the power of decision making at a high level is incredibly serious. In 1978 that truth was highlighted by what is known as the single deadliest construction accident in US history. Workers who were constructing a 430-foot cooling tower in West Virginia were using a crane to hoist concrete when the crane fell forwards towards the inside of the tower. This caused 51 workers who were on scaffolding to plummet to their deaths.

The cause of such a disaster was poor management and planning. Concrete from the previous day had not hardened, anchor bolts for scaffolding were missing and a tight schedule had caused the work scheduled to be rushed. Construction managers are not just responsible for getting the job done on site — they are responsible for ensuring their workers are safe at all times.

Train transportation is known for being relatively safe, however, that is dependent on the actions of the conductors. One of the deadliest train incidents in US history occurred in New York near the end of World War I. An underground transit train sped into a curve and derailed beneath the streets of Brooklyn, killing 102 of the passengers. Inexperience of the motorman was cited as a cause of the wreck.

The classic safety sensitive position is that of a commercial airline pilot. Not only do they take their own lives into their hands every day on the job, but often the lives of many others as well. One of the most notable examples of just how deadly a mistake by a commercial airline pilot can be is illustrated by the 1977 Tenerife airport disaster. In this case, the pilot of Boeing 747 attempted take off without proper flight clearance. This botched attempt became much more severe when the plane collided with a Pan Am 747, killing 583 people.

During the 2005 Texas City Refinery explosion, operator error caused gasoline to be forced into a pressure release system. The pressure overwhelmed the drum, causing spillage which created a combustible vapor cloud. A nearby pickup starting caused a spark, resulting in one of the worst industrial explosions seen this century. The explosion killed 15 workers and injured more than 170 others.

The nature of underground mining itself is a dangerous position for anyone to take up. The day to day safety of the employees depends on managers ensuring that they can safely be in the work zone. One example of the enormous responsibility of this safety sensitive position was the recent jailing of the CEO of Massey Energy.

A gas explosion in one of the mine shafts was caused by poor ventilation and resulted in the deaths of 29 miners in 2010. The CEO of the company was found guilty of conspiracy to willfully violate mine health and safety standards. It was determined that the basic safety systems had been designed to cut corners and didn’t fulfill their job of protecting workers.

Often the first tragedy to come to mind when we think of the importance of captaining a ship is the sinking of the Titanic. But did you know that the largest ever explosion before the atomic bomb was actually caused by a ship collision? In 1917, the SS Mont Blanc collided with the SS Imo. The SS Mont had a cargo full of explosives, an estimate of 2.9 kilotons of TNT. This accident resulted in the deaths of 2,000 people and another 9,000 injuries. The contributing cause was an error on the part of the captain and relaxed safety standards following the end of the war.

When a chemical plant is run well, the process is controlled and predictable. When things get out of hand or maintenance practices are poor, it quickly results in tragedy. Often the biggest contributing factor cited for incidents is management decisions and practices.

One of the most notable examples of a safety sensitive position gone awry is that of the maintenance management of the Union Carbide Plant in India. A tank containing methyl isocyanate ruptured releasing 30 metric tons of highly toxic gas into the atmosphere suddenly. The result was an estimated death toll of 16,000 people over the long term.

The Responsibilities Of Safety Sensitive Positions

Regardless of what industry you're in, individuals in safety sensitive positions must always ensure that they are performing their jobs tasks with the utmost care. The consequences of an error in judgment could be catastrophic. 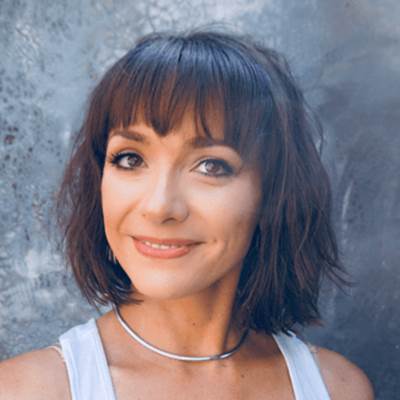 Rachel Walla is a Certified Safety Professional (CSP) who partners with businesses to help them achieve world class safety performance.

After spending seven years working in Construction and General Industry, Rachel knows what truly drives employee behavior changes, cross-trade cooperation, and fundamental shifts in safety performance; it’s how well you connect with the heart-beating people you’re trying to help and communicate the reason behind safety policies and procedures to employees.

Rachel has worked her way up from a field safety auditor and industrial hygienist to managing a safety team of 15 people. Rachel now works with a variety of clients worldwide to promote industrial safety and health excellence.

Rachel holds a bachelor’s degree in Occupational Safety & Health from Montana Tech of the University of Montana as well as her CSP professional designation from the Board of Certified Safety Professionals.

5 Plant-Based Protein Sources To Incorporate Into Your Diet