The Power of a Good Sleep: Examining the 4 Stages of Sleep

Research on the positive effects of sleep has consistently found robust benefits to good sleep. Sleep has been associated with numerous health advantages, juxtaposed with the detriments of lack of sleep. Good sleep provides the cognitive and creative energy that supports all aspects of life, generally recognized as 7-8 hours of consistent sleep and feeling rested upon waking. Each of the four unique sleep stages contributes to the benefits of sleep and stress reduction and should be understood individually. Overall, sleep is an important mechanism for a healthy quality of life and contributes toward holistic health improvements.

The Benefits Of Sleep

Sleep is often an overlooked aspect of self-care that creates the foundation for a balanced, satisfying life. Good sleep increases mental alertness and energy, which increases cognitive productivity and capacity. Research has demonstrated enhanced performance after sleeping because the brain-body system has the opportunity to restore and recharge.

Following good sleep, newly acquired skills are more easily consolidated. Sleep, deep sleep in particular, allows these new skills to become solidified into the long-term memory because memories are amalgamated during the sleep stages. A major benefit of good sleep is an increase in creativity. Creativity is affected by sleep because sleep allows individuals to restructure and reorganize ideas, essential components to the creative process.

Increased Levels of Serotonin and Dopamine

Good sleep has been shown to increase serotonin and dopamine release in the brain, two neurotransmitters contributing to experiences of happiness and joy. This increase in dopamine and serotonin not only act as protective factors against depression, but they also are associated with improved emotional regulation. The increase in physical energy from sleep promotes growth, giving the body additional energy to restore and repair an injury.

Additionally, concentration has been shown to increase with good sleep hygiene, since the body has more emotional and cognitive resources to utilize during the day.

Good sleep also has a positive impact on social relationships for similar reasons, with the body in a state of inner balance, more cognitive and emotional energy is available for relationships.

Finally, good sleep reduces stress. This, however, is a cyclical experience because lack of sleep increases stress and it is more difficult to attain good sleep when stressed. Fortunately, studies have found that people who nap at work show much lower levels of stress, so nap rooms may be the next workplace trend.

The Dangers Of Too Little Sleep

With good sleep having many benefits, the opposite also stands true. A lack of sleep has proved to be associated with innumerable preventable health and safety risks. (Learn more in 7 Fascinating Facts About Sleep Apnea and Workplace Safety).

For individuals consistently attaining less than 6-7 hours per night of sleep, the risk of disease and inflammation increases. Inflammation is a particularly concerning side effect of lack of sleep because it is a symptom of heart disease, stroke, diabetes, arthritis and premature ageing.

Lack of sleep has also been associated with high blood pressure (hypertension), which significantly increases the possibility of heart attack.

Lack of sleep has been correlated to a shorter lifespan. For example, in a 2010 study of women ages 50-79, more deaths occurred in women who got less than five hours or more than six and a half hours of sleep per night. This study demonstrated the dire importance of good sleep.

In more everyday occurrences, lack of sleep holds significant detriments. Learning and attention become impaired, which then negatively impacts productivity. In a similar manner, lack of sleep has been associated with an increase in car accidents since the person’s cognitive capacity is compromised.

The four sleep stages progress in a cycle throughout an evening, with 3 stages of non-rapid eye moment (NREM) cycles lasting 5-15 minutes, prior to moving into a REM cycle.

These patterns interrelate and when disrupted, contribute to poor sleep. The hormone melatonin is released in the brain-body system to regulate the sleep-wake cycles, working in tandem with an individuals’ body clock. The body clock determines appropriate timing for sleep by sending signals to keep you awake.

Individuals are easily awakened, muscles relax and may have hypnic jerks or muscle spasms, including the sensation of falling. This cycle lasts between 5-10 minutes to produce alpha brain waves.

This is known as light sleep, where the heart rate slows, and the body temperature drops to prepare for deep sleep. There is a sudden increase in brain activity, followed by a slowing of brain waves called sleep spindles, which protects from waking.

In this deep sleep, individuals are harder to wake. The body is able to repair and regrow tissues, build bone and muscle, and strengthen the immune system with slower delta brain waves. As individuals age, deep sleep is less common. Parasomnias such as sleepwalking, sleep talking, or night terrors occur in this stage.

Approximately 90 minutes after falling asleep, the REM stage will begin, lasting 10-60 minutes, the length of every cycle increasing exponentially throughout the sleep cycle. The heart rate and breathing quicken, a person experiences body paralysis, while their eyes have rapid movement in the 5-6 REM cycles nightly. Dreams and active brain waves are associated with the REM cycle and waking up during a REM cycle can lead to feelings of grogginess. It is the REM cycle that aids in memory consolidation, and serotonin increase. Babies spend 50% of sleep in REM adults only 20% in REM.

From a practical standpoint, there are several steps that can be taken in order to solidify a healthy sleep routine. This process is known as sleep hygiene and contributes to feeling well-rested. (Learn more in 6 Ways Employers Can Help Their Employees Sleep Better At Night).

Ensuring the bedroom is dark and only sleeping in the bedroom are crucial behavioural cues for the body to begin to relax.

Try to avoid using electronics at least 60 minutes before going to bed, or use electronics with red lighting, rather than the standard blue. There are apps for most devices that can alter the light spectrum to avoid the harshness of blue light.

It is imperative to develop relaxing rituals before bedtime, to prepare the body for sleep. For example, going to bed at a similar time each evening, having warm baths, participating in yoga or meditation, engaging in light reading or brewing herbal tea. These relaxing rituals also become part of the behavioural cue for the body to prepare for sleep. You should also only go to bed when sleepy. 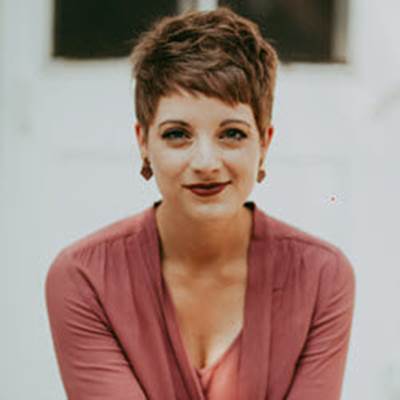 Bethany Zelent is a registered psychotherapist and certified yoga instructor, completing her Masters of Counselling with Athabasca University, emphasizing healing from childhood trauma and working through existential issues. Bethany focuses on intentional living, enjoying life's journey and learning to be present in each moment.

6 Tips To Transform Your Bedroom Environment For Restful Nights

6 Common Sleep Myths That You Should Stop Believing