As marijuana legalization spreads it is imperative that employers have a plan for dealing with legalization in their area.

As marijuana becomes legal in more places, employers are faced with a more complex, ever changing, legal landscape. Workplace safety remains a priority. While nothing has been changed in Federal law to allow marijuana use or its related activities on the job site or during work hours, employers can not ignore the changes in the State laws and the current upheaval in the court system surrounding marijuana use in the workplace.

In the United States, many individual states and the District of Columbia have decriminalized recreational and medical marijuana. This puts them at odds with Federal regulations and is creating a confusing and often contradictory patchwork of regulations for employers to navigate.

Canada has legalized medical marijuana as a whole and recreational marijuana use is expected to be decriminalized in Canada by mid-2018. Since this change will happen at the Federal level the provinces won’t face the same patchwork of laws as states do in the United States.

Whether in the U.S. or Canada, there are four key things employers can do to prepare for the legalization of marijuana:

Know the Law and How It Is Changing

Employers need to know what the marijuana laws are where the business is located. It is best to consult with a knowledgeable labor lawyer to sort out the particulars of local laws and how they related to Federal marijuana and labor laws.

In the U.S., employers are still bound by Federal regulations such as the Drug-Free Workplace Act. Marijuana remains a Schedule I drug under the Controlled Substances Act, which is the most restrictive class. Since Federal law supersedes state law in the U.S., keeping your drug-free workplace policy in place may make the most sense but it is best to seek legal counsel before making any decision about changes in policy.

Medical Marijuana in the U.S. Workplace

Some states have laws requiring employers to accommodate it, while others do not. Early reading of marijuana laws led to the general interpretation that medical marijuana use is not protected under the federal Americans with Disabilities Act (ADA). However, the resulting conflict between state and federal laws is being challenged in the courts. One such case, Christine Callaghan v. Darlington Fabrics Corporation, is currently working its way through the courts and lower courts have ruled that employees can, in fact, file for ADA protections with regards to medical marijuana use.

As the laws change regarding the legality of marijuana use, your workplace drug policy may need to change also. If you are operating in a state or the District of Columbia where marijuana use has been decriminalized, your workplace drug policy must take this into account. Realize that state and district laws will likely be at odds with Federal law. (Learn more in "Why Employers Need a Workplace Marijuana Policy".)

In Canada, medical marijuana is already legal nationwide, so your workplace drug policy needs to reflect that fact and any protections given to individuals under the Charter of Rights and Freedoms, the Canadian Human Rights Act, and the Employment Equity Act.

One way to think about marijuana use is that it is like alcohol use. It isn’t an illegal to drink, if you are of legal drinking age, yet being intoxicated or impaired on the job can be prohibited.

Your workplace drug policy and procedures will need to document what behaviors will constitute reasonable cause for testing for marijuana use, intoxication, and/or impairment on the job, as well as procedures for testing and, if needed, worker discipline.

If your workplace drug policy changes to prohibit intoxication and/or impairment on the job for marijuana instead of simply using marijuana, you will most likely need to change your drug testing procedure. (Learn more in "Medical Marijuana Use and Concerns in the Workplace".)

For example, certain tests (e.g., urine drug tests) detect the presence of THC metabolites. THC metabolites indicate that the person has used marijuana, but not that they are currently intoxicated or impaired. Blood and saliva tests are more accurate when it comes to detecting intoxication or impairment due to marijuana use.

Keep Your Employees Informed of Changes

As with any change in workplace policies and procedures it’s your responsibility as an employer to keep your employees informed. This will require making the time and resources available for formal training sessions. It is a best practice to document that the training took place and have the individual employees sign off that they have received the training and understand the new policy and procedure.

Marijuana Laws Will Continue to Be a Workplace Issue

For the employer, workplace safety remains of paramount importance, even as the legal landscape around marijuana use continues to evolve. The most effective way to protect worker safety is to stay informed of changes in the law and actively manage your workplace drug policies and procedures. 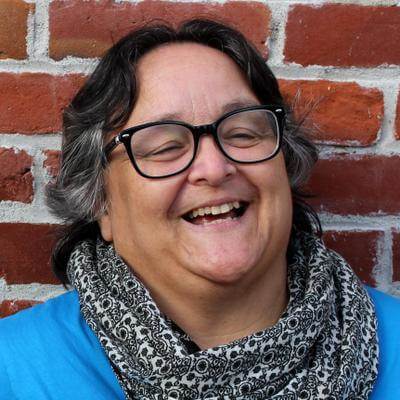