While marijuana has been legalized in several states, there is still a great deal of confusion around medical marijuana in the workplace.

Medical cannabis, commonly referred to as medical marijuana, is currently legal or decriminalized in 29 states, while an additional 16 states have limited legalization to the use of medical marijuana oil only. According to a recent survey by Marist College, 83% of adult Americans support the legalization and use of marijuana for medical purposes. Given the recent legalization of marijuana in several states, in conjunction with the current and potential use of cannabis for both medical and recreational purposes, employers are bracing themselves and scrambling to prepare for the implications this will have in the workplace.  (Learn more in Managing the Legalization of Cannabis in the Workplace and Medical Marijuana Use and Concerns in the Workplace).

Under US federal law, specifically the Controlled Substances Act, 1970, marijuana is classified as “schedule 1 controlled substance” and its possession for any purpose remains illegal. In 2014, Congress passed a law to effectively allow the use of medical marijuana where state legislation has approved it, by limiting the authority of federal agents against operations that grow marijuana for medical purposes. However, more recently under the Trump administration, the Department of Justice rescinded that leniency directive, permitting the federal prosecutors to use their discretion in the enforcement of the federal law. These contradictions between state and federal jurisdictions have left medical authorities, law enforcement agencies, and the general public with a sense of uncertainty.

Unlike with alcohol impairment, there is no consensus of either the nature of impairment or the measurement of safe-limits in regards to the use of marijuana. Marijuana affects different users in a variety of ways, ranging from euphoria to drowsiness, from heightened sensitivity to a lack of concentration. Compounding this matter is the difference between the length of time a person might be either impaired or under the influence of marijuana and the period that tetrahydrocannabinol (THC), the active ingredient in marijuana, remains in the human body. It is common for THC to show up in tests weeks after the subject has used the substance, somewhat nullifying the use of random drug tests alone as a measure of impairment.

Ultimately, two approaches can be used to limit the use of marijuana on the job – a zero tolerance approach, or a specified legal limit based on blood testing. Each has its advantages and problems. A zero tolerance policy may be difficult to implement, based on state legislated or negotiated accommodations related to marijuana for medical use. Given that, the zero tolerance approach to the use, possession, or storage of marijuana might be best limited to safety-sensitive positions, such as drivers, pilots, and those operating machinery. And, some employers, including federal contractors, are covered under the Drug-Free Workplace Act (DFWA) and are bound by law to enforce a zero tolerance policy.

In other areas where safety is less of a risk, there is still a lack of consensus among stakeholders as to what constitutes impairment. Careful decisions must be made about the use of medical marijuana for those employed in certain occupations including those in the medical profession or those working with children. Until state and federal legislative issues are resolved, and issues related to policy implementation and operational protocol are settled, a bias by employers for a zero tolerance policy will be most common.

Although an employers' duty to accommodate does not allow for the smoking of marijuana in the workplace due to smoking policies already in place, many more complex uncertainties remain. To date, it is still unclear as to whether or not the use of marijuana for medical purposes implies a disability and would be a protected class under federal rules and state anti-discrimination legislation.

Currently, The American Disabilities Act (ADA) prohibits an employer from discriminating actions against an employee based on a disability and mandates that an employer make accommodations to the employee. In many instances, where employees have been prescribed medical marijuana as a way to deal with a disability, it has proven to have positive effects on an individuals’ ability to perform tasks. However, the ADA also disqualifies accommodations to any individual based on the use of illegal drugs. Since the use of marijuana remains prohibited under the CSA, employers have not been required by federal law to accommodate the use of medical marijuana. Nevertheless, many state laws require accommodation for its use, and legal rulings in its favor are relatively commonplace, especially in jurisdictions where both medical and recreational marijuana have been given the green light.

The continually changing legal playing field requires employers to keep abreast of legislation both federally and in their particular state. Because of the broad effects of the drug, and the variety of applications that can be prescribed, employers would be prudent to take a more open-minded approach in the ability of an employee to do their job while using medical marijuana, especially in instances where safety is not a primary concern. Pending and existing approvals of the drug have made it essential for employers to establish both policy and impairment benchmarks for the accommodation of medical cannabis in the workplace. In doing so, employers will be required to make clear distinctions between medical and recreational use and align both streams with related occupational health and safety regulations to ensure the safety and well-being of both employees and the public remain at the forefront. 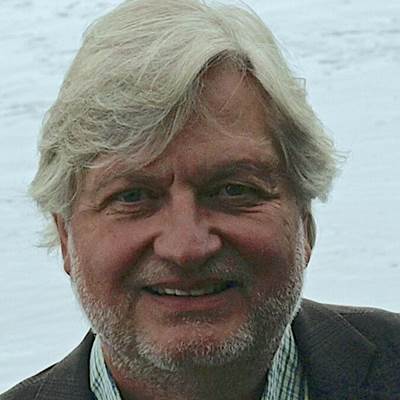